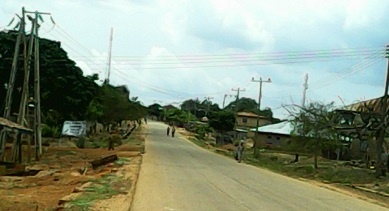 The ‘kingdoms’ that make up Olla, called Olla wards, are made up of children of their own history, their origins and culture…

The Valuable and rich history of Olla people that dated many years ago consists of political structure which stands on the truth. The authority of kings seems natural to the institution of Olla and relevant to the life of the people.

Every structure of the society required authority especially from the chiefs and the king and to be obeyed by members of every ward. The emergence of the chiefs and kings in every society is meant to help with development and the upliftment of the culture of that society.

Every clan that evolved from the various groups in Olla is a political ‘kingdom’ of one kind or another, because each of them possesses patterns of self–organization which is valuable to the growth of Olla community.

With little written history, but for oral traditions and careful inspection of ritual and custom sites, the culture continues to be remembered and practiced.

The ‘kingdoms’ that make up Olla, called Olla wards, are made up of children of their own history, their origins and culture. The followings are the wards in Olla. They are Owa, Osigiri, Odi, Iketa, Ariko Odo Omi, Oke Igbo, Ariko Agamo and Oke Odi. The head of each ward are Esa, Odofin, Olodi, Petu, Onijala, Elewura, Aare, and Ejemu respectively. Each ward is made up of clans and each clan consists of families. The clans in the ward may have different sources of origin, but they live together in JOY and PEACE.

The king of the town has divine power that come from the gods of the land; through the great ancestors of the people. And as such the Oba (king) is expected to maintain harmony between the people and the environment better than what ordinary person can perform. The king among others is to govern.

The cradle of Yoruba kingdom is Ile-Ife. To the Yorubas, this is where people spread (fe) and occupy other places on earth, hence the name Ile-Ife. The Ife government has organized system of chiefs and Oba in governance.

It was from this town that Dada Aromoleti Opon from Ilare descended and came to Olla to become the first indigene of the town. Later other people migrated from far and near to join him.

Agbowu (2011) also noted that the people of Akoko in Ondo State of Nigeria similarly migrated from Ilare quarters of Ile Ife, Nigeria. It is the same place in Ile-Ife where Dada Aromoleti Opon came from.

The people of Akoko now have about 44 Obas in different towns and villages. One of the big cities is Ikare.  Among other towns are Arigidi, Oke-Agbe, Afin, Akungba, Oka, Oba, Isua etc.

The instinct of leadership and to bring sanity to the system led to the appointment of the head of the community. Olla community has organized system of selecting the individuals to occupy the Ololla stool.

But today the agitation has been to follow the established traditional procedure in the selection and installation of the Oba. Let’s learn from history!

After the wards in Olla have established themselves, kingship becomes by rotation. The people of Owa are the Kingmakers.  The present Ololla was installed on December 19, 2016 as the 18th Ololla of Olla from the Elewura clan of Oke Igbo ward (According to the recent organisation structure of Olla).

Read about the Yorubas and African kingdoms

Olla in the Light