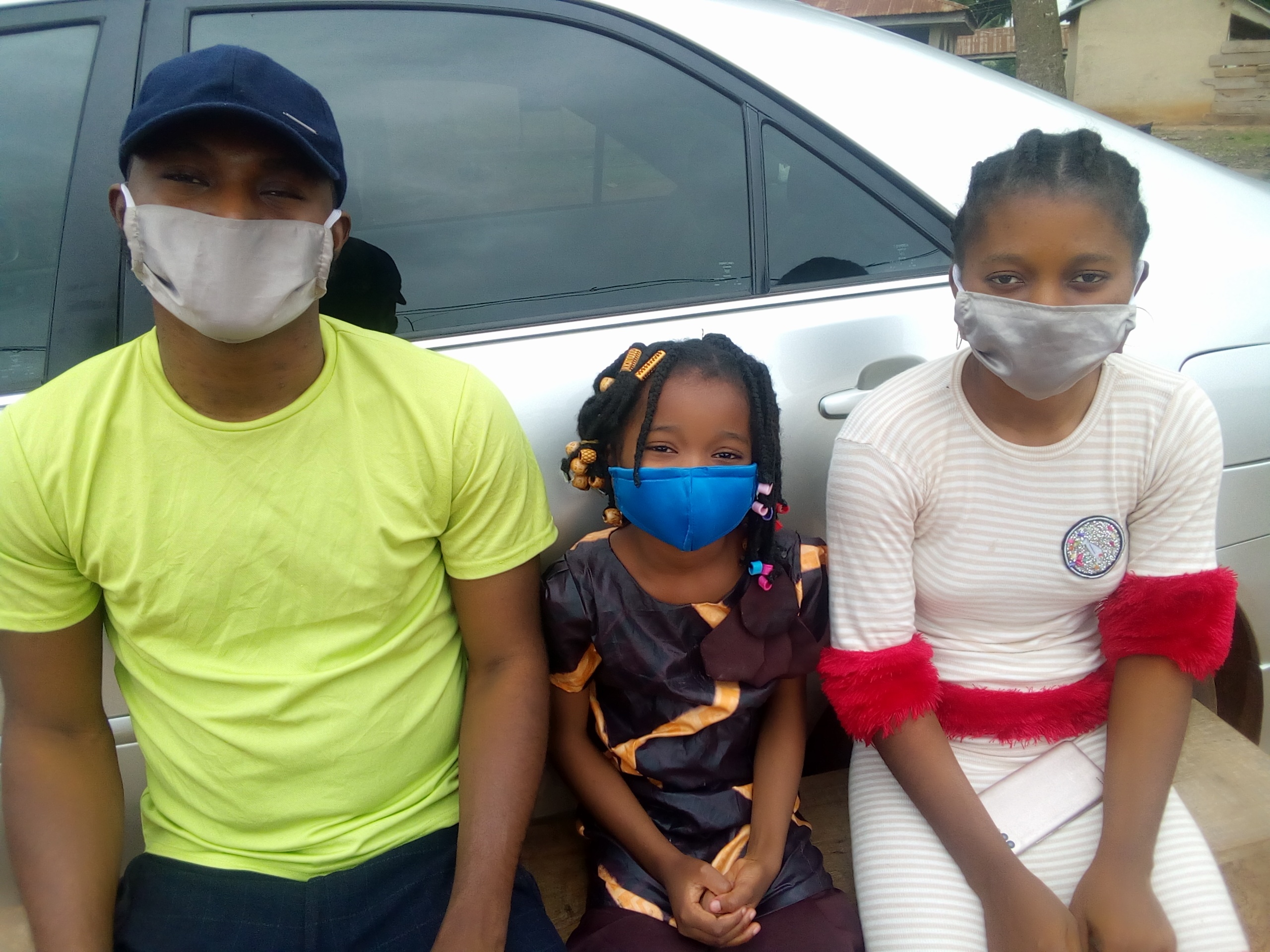 General History of Development in the world of Virus

In the world of virus, a virus is a small microscopic and contagious agent that multiplies inside the living cells of an organism. It is an infectious agent of small size and simple composition that can multiply only in living cells of animals, plants, or bacteria. The name ‘virus’ is from a Latin word that means “slimy liquid” or “poison.”

The electron microscope was developed in 1940s and this permitted individual virus particles to be seen for the first time, leading to the classification of viruses and giving insight into their structure.

Advancements that have been made in the fields of chemistry and physics since the 1960s have revolutionized the study of viruses. For example, electrophoresis on gel substrates gave a deeper understanding of the protein and nucleic acid composition of viruses, gave a better insight into the structure and function of viral proteins. Crystal diffraction studied through X-ray diffraction provided the high resolution required in discovering the basic structure of minute viruses.

The world of virus and history of Some Popular Viral Diseases

It is one of the deadliest viral diseases discovered in 1976 in the Democratic Republic of Congo (formerly Zaire) in a village near the Ebola River this is where its name was derived. The second outbreak occurred in South Sudan, which is about 500 miles away from the first outbreak.  Scientists discovered later that the two outbreaks were caused by two different viruses: Zaire Ebola virus and Sudan Ebola virus but spread to people in those areas. Epidemiologic research suggested that the Ebola virus had been in existence before the outbreak was recorded. Consumption of bush meat, encroachment into forested areas, growth in the population may have contributed to the spread of this virus.

A series of endangering terminal infections occurred among health practitioners in Nigeria in 1969. It was named after the geographical location of the first human case in Lassa town, Bornu State. Lassa fever was close to lymphocytic choriomeningitis which was before ungrouped neotropical viruses such as the Argentine and Bolivian hemorrhagic fevers. The virus reoccurred in some African countries such as Nigeria, Liberia and Sierra Leone between 1970 and 1972. The first two was nosocomial transmission while the third was a community outbreak in which rodent storage was discovered as the host. Research commenced properly on the virus in 1976 which studies the features, mode of transmission and method of disease treatment.

Coronavirus is a respiratory infection that can cause illness in animals and humans. Symptoms range from the common cold to more severe diseases which can result in Severe Acute Respiratory Syndrome (SARS). SARS is a highly contagious respiratory illness characterized by a persistent fever, headache, and bodily discomfort, followed by a dry cough that may progress to great difficulty in breathing. SARS appeared in November 2002 in Guangdong province, China, where it was first diagnosed as an atypical pneumonia. SARS is caused by a coronavirus, a type of virus usually associated with pneumonia and the common cold. Just like today, people also wore face masks to protect themselves from SARS during the 2003 epidemic in Asia.

Late last year, coronavirus was discovered to cause the coronavirus disease called Covid-19. This disease was first discovered in Wuhan, China in December 2019 which is now affecting most of the parts of the world.  The mode of transmission is from one person to another through droplets from either nose or mouth of the infected. This occurs when someone coughs, sneezes, or speaks.  This is why it is essential to keep the social distance and avoid touching infected surfaces, objects, or persons and using the same hand to touch the nostrils, eyes, or mouth. It is also advised to wash out hands with soap and water very often and probably use an alcohol-based hand sanitizer as the disease is still ravaging the world at the moment.

Hantavirus was discovered in the early 1950s when a group of about 3,000 U.N troops stationed in Korea was struck by a mysterious illness. About 10-15% of those infected died, although the exact cause of their death was not discovered for over 20 years. They however suspected that rodents that were served were the main cause of the disease. Symptoms of infection include fever, hypotension, renal failure, thrombocytopenia, and Disseminated Intravascular Coagulation (DIC). The clinical syndrome became known as Hemorrhagic Fever with Renal Syndrome (HFRS), formerly Korean hemorrhagic fever, and the virus was named Hanta after the Hantaan River of Korea. Over the ensuing years, several other etiologic agents of HFRS such as the Seoul, Puumala, and Dobrava viruses were discovered across Europe and Asia.

Through antigenic evidence of Hantavirus remains widespread among rodents across the United States, only a handful of cases of HFRS were ever identified in the states.

Hantavirus cardiopulmonary syndrome (HCPS), however, was not recognized until May of 1993, when an unusual illness struck a Navajo tribe living on the border of New Mexico and Arizona. Those infected presented with fever, chills, myalgia, and cough, which often progressed to dyspnea, respiratory distress, and cardiovascular collapse. An alarming 80% of those infected died.

There are different types of viral diseases based on where they affect in the body system.

These are contagious and they usually affect the upper or lower parts of your respiratory tract. It spreads through touching of infected objects, droplets from sneezing or coughing from an infected host. Some of its symptoms are fever, body aches, runny nose, coughing, or sneezing. Examples are flu, common cold, respiratory syncytial viral infection, adenovirus, Coronavirus, Para influenza, and severe acute respiratory syndrome (SARS).

This type of disease affects the human digestive tracts. They are transmitted through food or water that has been contaminated by faeces or infected objects.

This type of viral disease causes skin diseases like rashes, measles which is very contagious. They spread through droplets from either cough or sneeze of an infected person. More examples are rubella, chickenpox, smallpox, etc

This is a disease that causes inflammation of the liver (commonly called hepatitis). The mode of transmission is through the bite of an infected host such as tick or mosquito. Various examples are hepatitis A, hepatitis B, hepatitis C, hepatitis D, and hepatitis E.

It causes lesions or papules to form on the skin, most of the time, lesions stick for a long time or comes back after a while. Examples are oral herpes, genital herpes, warts, etc

It is another type of viral infection that has to do with damages to the circulatory system of the body. They can be contacted through bites from an infected insect, contact with blood or body fluid of an infected person or through inhaling or consuming rodents’ urine or faeces.  Symptoms includes body weakness, body aches, bleedings (from the mouth, ears or internal organs), high fever, etc Examples are Yellow fever, Lassa fever, Ebola, dengue fever etc

Viruses occupy a special taxonomic position. They are not plants, animals, or prokaryotic bacteria (single-cell organisms without defined nuclei), are not free living and they are generally placed in their own kingdom. Any living organism can be infected by them.

This means our world which is composed of living entities of different forms cannot be excluded of viruses but can be controlled and managed.  It is important to know that not all viral disease can be easily spread from one person or organism to another.

Stay Happy, Have a Fulfilling Life