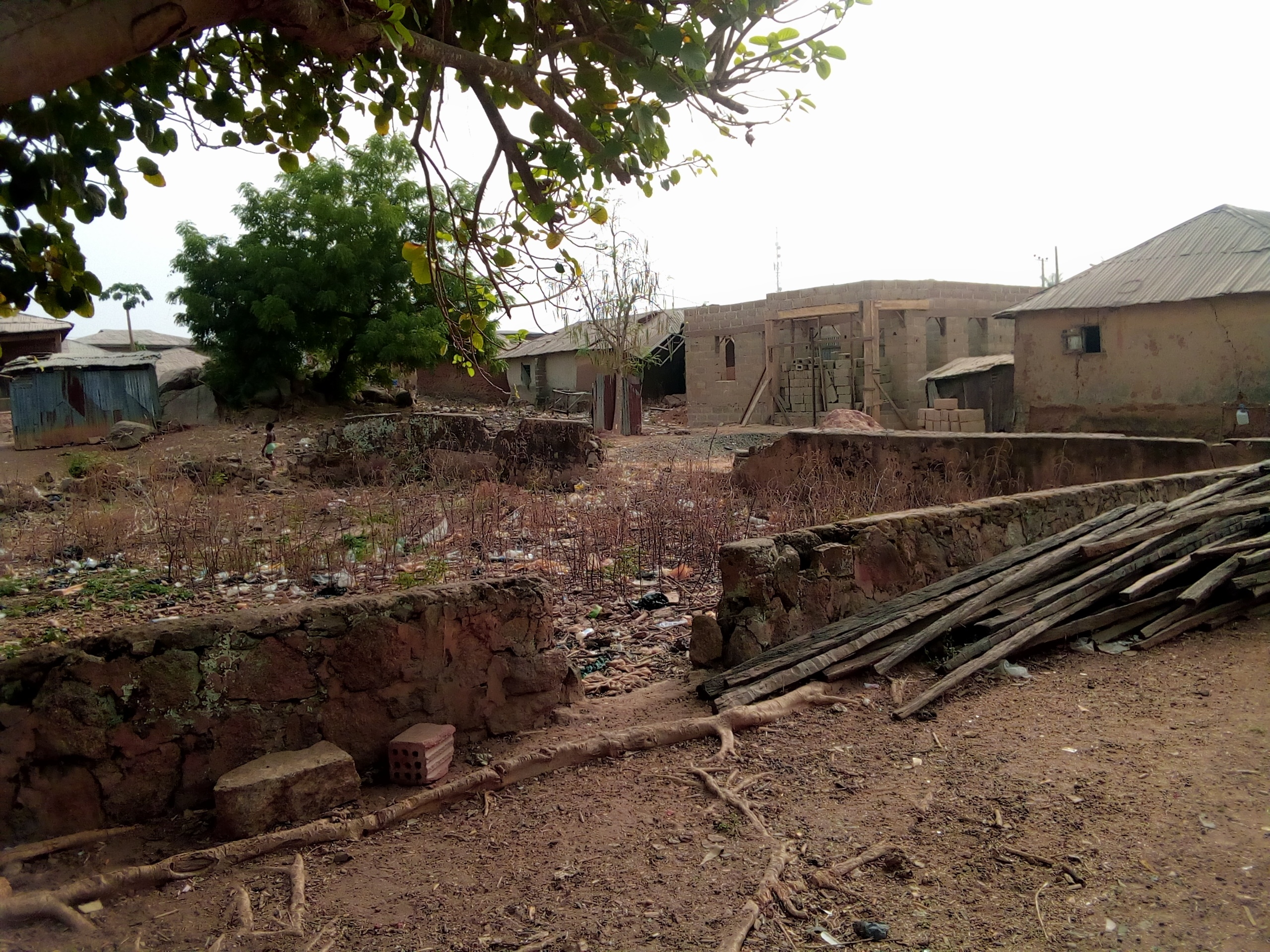 The Picture Shows an Entrance to Awinrin Brook in Olla

I remembered when I was younger, the town was notable for different religious acts, as Olla has diverse religious differences among her people. Prominent are the worshiping of epa, sango, ogun, egungun, lapanpa, ifa, edun, ladunwo, orun (Sun), orisa ibeji, esu lalu (satan) and aworoko- in all the cases, sacrifices are made to gods through idols.

Olla people also made sacrifices to many hills and rivers. Notable are the oje hill, orokose hill and the rivers of igbodo, olosoro, orisa, ore and awinrin brook.

The aworoko festival takes place every 3 years and it’s a site to behold by the populace. The dancer wears palm leaves to cover the body from the neck to the knee.

They also use decorated calabash helmets or masks to cover their heads. When dressed in this way they are called demon (iwin). The people of Olla are always found of iwin and are always ready to attend the aworoko celebrations. The call of ‘iwin o o o’ is noticeable during this celebration. We also have the god of harvest, and this brought the yam festival to the people. People actually make sacrifices to god of harvest during this festival. I have not had of any traditional celebration among the Yoruba people that will not involve sacrifice to god through the use of idol.

These days are peaceful. Olla has spiritually developed and matured to the extent that people do not want to remember those ungodly dark days. Quietly I meditated about the happenings of the past days. Churches sprang out in many parts of the town now. The people now believe in the cause of their destiny in turning generational curses to blessing with Christ as the head. Olla is now in the light of Christ.

Ah it is true, I saw it all, it shall be well. Olla shall rise and become great among the Nations of the world and the powers of darkness shall not be able to dominate Her. Never. I saw structures that towers to the sky, efficient building, kings, queens, governors and presidents among my people, but if only and only if you hearkened to the voice of your creator, God.

As these thoughts came to my mind, a little girl came into the sitting room with a bowl of pounded yam – people’s choice. That actually broke the timid silence. It was just after the food that I saw that the rain has abated.

Olla in the Light

What are the three keys to improvement and inspiration?