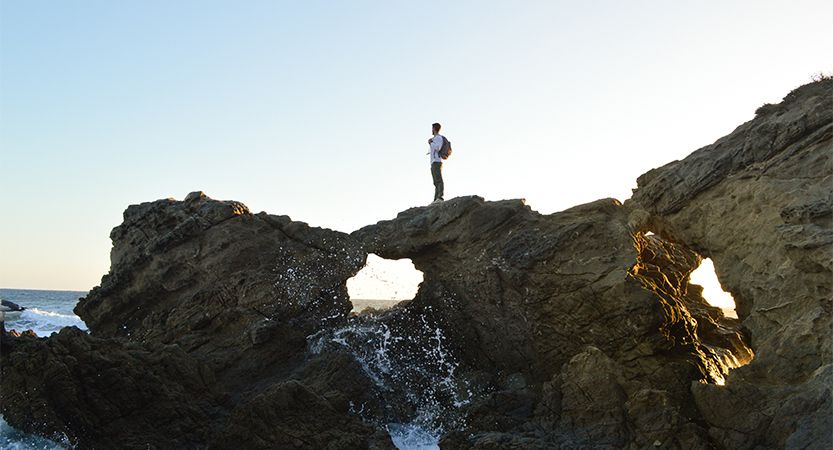 You have to acquire knowledge. You have to get empowered so that inspite of whatever limitations that might have been placed on you by any form of disabilities, you can raise your shoulders high and be considered as great, productive, successful and accomplished members of the human society.

There is no other way out. Self-pity is not the way, idleness is out of it, alms begging is abominable, constituting a nuisance to the society is like pressing self-distraught button. The only solution is to be allowed to be taught (education) which goes hand in hand with skill acquisition.

Fanny Crosby was a woman who became blind at a very tender age, but for all of the nearly a hundred years of her existence on planet earth, (4th March, 1820 – 12th February, 1915), she was full of life, she was full of creativity and she died a most fulfilled and accomplished woman. Never for once was she despair of life, never for once did she in any way indulge in self – pity. She was very productive such that even today, her creative work lives after her.

Now, we could ask, what was the secret of her exuberant life? Not far fetched. She tasked her brain. She got educated and optimized her God given potentials. And this she did even right from very early in life. A few lines from one of her numerous writings would suffice here. At age 8 in 1828, here is what she said;

Oh what a happy child I am

Although I cannot see!

I am resolved that in this world

Contented I will be.

How many blessings I enjoy

See, was not that extraordinary for an eight-year-old blind child? No wonder she was able to outlive most of her physically able contemporaries. It was not only that Fanny Crosby lived long, as earlier stated, she was equally highly productive, even as a blind person.

And this is what I mean: She wrote over 12,000 poems and hymns! Can you beat that!! Some of the hymns penned by this extraordinary woman included but not limited to the following: Just as I am; Safe in the Hands of Jesus; Just Like Jesus; There is a cry from Macedonia, All the Way My Saviour Leads Me; On Christ Solid Rock I Stand; Our Bright Home Above; Saved by Grace, Jesus is Tenderly Calling.

And Fanny Crosby was physically challenged-she was blind!

Some may proffer that Fanny Crosby was exceptional, that there aren’t many people like her, she was just gifted and in a world of her own. Let’s consider some other individuals among several others who equally made their impact felt despite one form of disability or the other.

Homer, who wrote Odyssey and who even up till now is considered the greatest poet of all time, was blind. Virgil, William Tell, John Milton and even Francis Huber the great scientist – all these folks had one form of serious disability or the other and yet they excelled – thanks to their God given abilities which were enhanced and annexed through the agency and instrumentality of education.

Coming to the contemporary time, there have been so many great men and women who emerged out of the obscurity that disabilities would have confined them, to becoming great in their callings and all due to the awakening created in them through education.

People like Steve Wonder the wonderful musician, people like the late T.O. Obadare, a most respected and reknown minister of the Gospel: people like Tunde Babs-Akinyemi, a renown social crusader and author, he authored books like -Physical Disabilities; Causes, Consequences and the Challenges, as well as Demystifying Breast Cancer: A Stitch in Time, among others.

The name Heleen Keller rings a resounding bell to many people because of the impact made by the bearer in Christendom, she was a blind woman. There is yet another woman who shares the same name with Keller, She is Omotunde Ellen Thompson.

This is another indefatigable woman who has defied all the obstacles placed on her path by physical disability to make major contributions to the wellbeing and welfare of the society, especially the physically challenged. She is the founder and national president of DOET Advocacy for Persons with Disabilities.

These are not all. What about President Theodore Roosevelt of the United States of America? He was physically challenged but this never deterred him from rising to the position of arguably the most powerful man in the world.

Even in Nigeria, during this fourth Republic, we have had a very distinguished member of the Senate who is physically challenged, an amputee, and he more than proved that there is great ability in disability within the hallowed chamber of the senate.

5 Strategies for Self Mastery

Take up the Challenge be the Master of your Life

What are those things Expected of you in School

What are the three keys to improvement and inspiration?