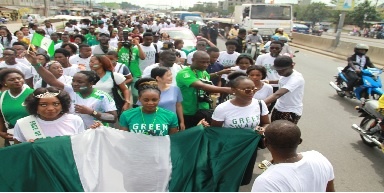 The Yorubas were said to be originally inhabiting North Africa and especially Egypt in the beginning, and possibly contributed to the building of Egyptian pyramid. Their origin have been traced to Egypt where they are said to migrate to Sudan, Ethiopia and hence to Ile-Ife.

There were two main movements into Yoruba land. One towards Ekiti, Ife and Ijebu in the dense tropical forest, two towards Oyo in the open northern forest. The movement probably started between AD 700 and AD 1000. The Yorubas are noted for farming, iron smelting, brass work, cotton-weaving and other handicrafts. They have their cities surrounded by defensive walls.

The Yoruba people are extremely jovial and respectful. A typical Yoruba man can greet you many times in a day if needs be. By the 8th century, a powerful Yoruba kingdom already existed in Ile-Ife, one of the earliest in Africa and by the 16th century the Yorubas have settled in Oyo.

The Yorubas are very religious people, and are one of the more religiously diversified ethnic groups in Africa. The Yorubas are among the most urbanized people in Africa. For centuries before the arrival of the British colonial administration most Yoruba communities already lived in well structured urban centres organized around powerful city-states centred around the residence of the Oba. In ancient times, most of these cities were fortresses, with high walls and gates. Yoruba cities have always been among the most populous in Africa.

A typical city state in Yoruba land is controlled by royal Oba and a council of Oloyes, recognised leaders of royal, noble and, often, even common descent, who joined them in ruling over the kingdoms through a series of guilds and cults.

Traditionally kingship and chieftainship were not determined by simple rule of descent, as common in some monarchic systems of government. A group of lineage heads is usually charged with selecting a member from the next royal families, and the selection is then confirmed by an Ifá oracular request or by the gods of the land. The monarchy of any Yoruba city-state is usually limited to a number of royal lineages.

The Igbomina area is situated in the Northwestern part of Osun and the Eastern part of Kwara. The Ìgbómìnà people are renowned for their agricultural and hunting prowess, as well as their woodcarving, leather art, and the famous Elewe masquerade.